Since I have proven that I am the worst blogger on the planet I have decided to start fresh. The military is helping me out with that and moving us to...... 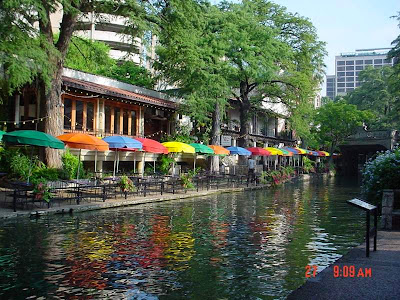 SAN ANTONIO!!!
We are really excited and fly in two weeks. This is where we are headed.. 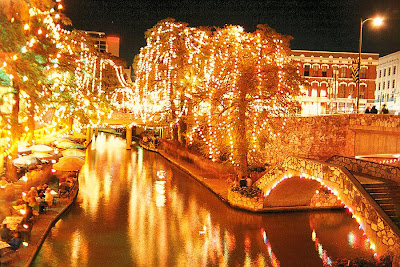 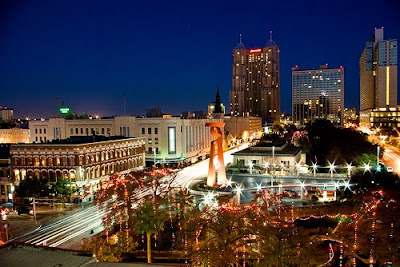 Lots of interesting things to see.

I am going to miss Okinawa so much. We loved this island and will forever talk about coming back to visit. I am going to be putting up picks from last year because I am going to have this blog printed for an Okinawa scrapbook.
You can follow our new adventures at our new page. thehowesfamilyadventures.wordpress.com
The new United States adventure begins!
at 10:46 AM No comments:

I guess I better get to posting on this blog I sent my grandma the link to check it out and realized there was nothing new for her to see. Geez.
The newest thing is we are getting ready to move back to the states. We will be getting back this summer sometime to an undisclosed destination. Well we know where it is but we are not saying yet where. It leaves a little mystery don't you think. Also the military is famous for changing plans at the last minute.
The kids are all doing well. Pictures of that later.
Most exciting thing to happen lately is my friend Diane had a giveaway on her blog and I won. I am not posting on my blog but I still read others.
So check out what I won from Germany then subscribe to the Isla fam bam blog and when she has another give away, pray you win. 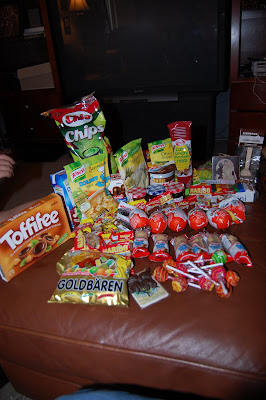 Smurf Soup... Yummy? I guess we will see. 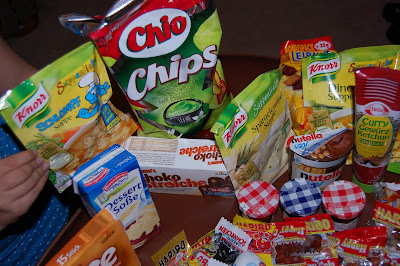 Nutella to go. They freaked out when they saw this. 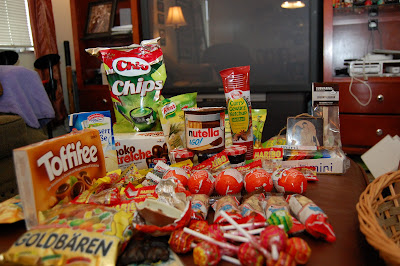 One egg didn't make it. 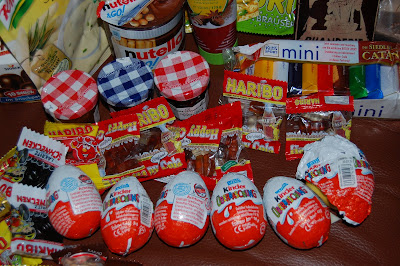 So she decided not to wait for the others to get home from school. 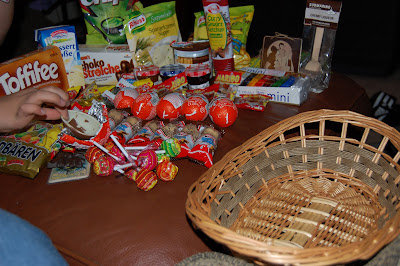 Well that is the excitement today. Now I am off to make dinner and get three kids ready for soccer. The other is at track. Whew. Busy times.
at 3:07 PM 1 comment:

If you know us at all you know my husband is in the Army. I am extremly proud of him and his service. He is a cool guy. (-:

(This is not my husband) 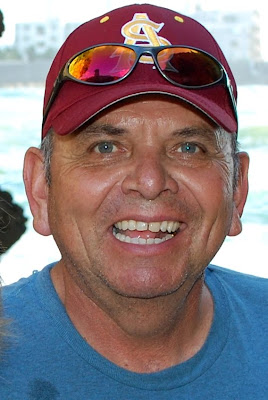 What you may not know is my dad (see pic above)is a three time war veteran. He was in Vietnam, then when I was in high school he went to Desert Storm, and one last tour to Iraq in 2002 for this war. I find that both amazing and scary.

Going to Iraq the first time 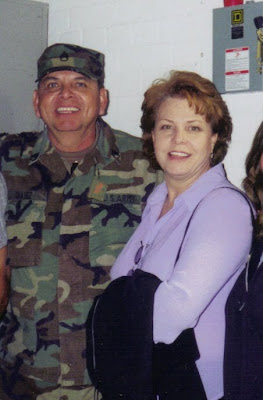 My mom was a great support to me when my husband was in Iraq. She had been there and knew how I felt, but to send your husband again to a completely different war had to be hard. I wonder how my Nana (grandma) handled the thought that her child was going again a third time to war. How often does that happen?
I don't think I tell my dad enough how proud I am of him. I have no idea the kind of things he saw, or how being in war affected him. It probably changed him more than I can imagine. So on this Veterans day I want to let you know dad, I love you I am proud of the man you are and how you served our country. You are an amazing Father in Law, Tata, and dad.

I just threw this pic in for fun. He is the dark haired player on the far left. 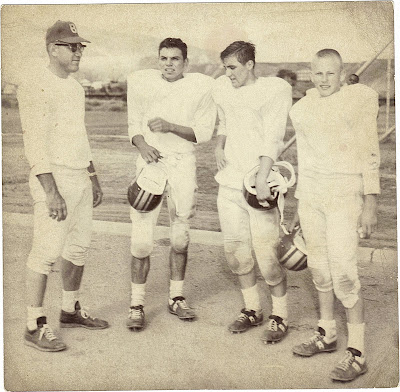 I think the fourth war of raising two teenagers that are 39 days apart held the most chance for PTSD.
We look cute here but my brother and I were a force to be reckoned with. 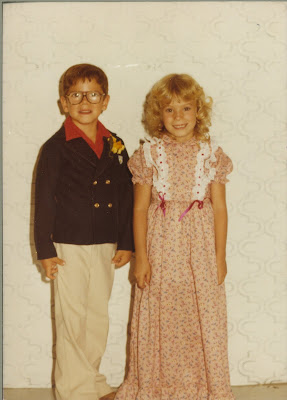 The two little ones joined Ju-jitsu. The two older girls are in girl defense class. They have only been twice but they already love it. Getting pics of the older ones is going to be harder since I am going to be in the class with them!
First I have to show you J's new hair cut. She found a picture that she wanted she knows exactly what she wanted. Now maybe you will recognize her in the fighting pics!

Already the kids are throwing people around. Ahh good times.
All of them practicing some moves. 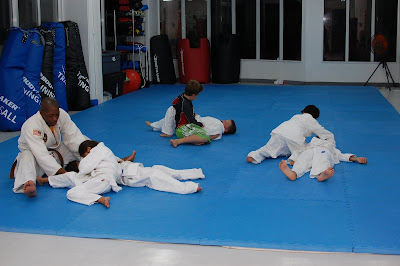 Getting in there to fix his position. 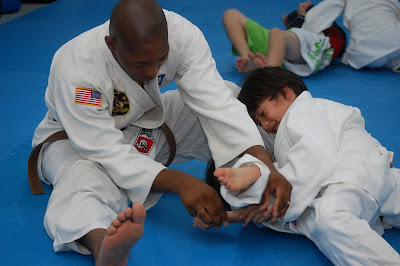 After J tossed this kid over her back. Her first major flip. 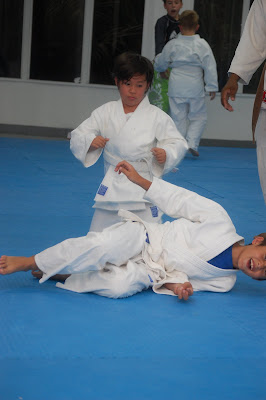 E nd his partner. They were evenly matched and went round and round. 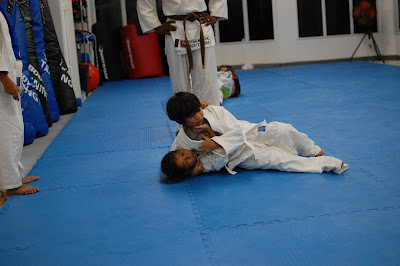 J throwing one of E's friend. He was not excepting that. His dad was yelling, "are you going to get beat by a girl." In the end neither of them tapped out. 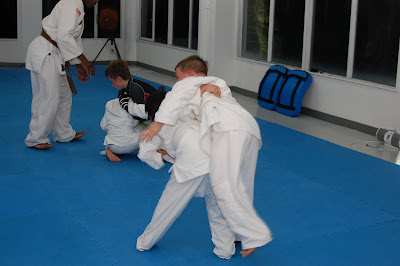 I have another post up for later of our recap of the months before this. I just had to get this on because as I was taking pics E asked, "mom, will you put me on the blog?" He was so excited.

My mom made said that she likes that girls learn to defend themselves but we try and teach boys not to hit girls then we have them choking them out in class. What do you think about that?
Hmm. Hope E doesn't tackle a girl bully on the playground and make her tap out. He will just have to get his sister to take care of her I guess.
at 2:05 PM 1 comment:

The Howes Family
We are an Army family stationed in San Antonio, Texas. We love exploring our new city, hanging out with new friends and blogging to keep in touch with friends and family all over the world.

My mom comes here a lot